Krista Shelton and Kyli Gardiner have a combined 28 years of experience working as investigators for the United States federal government. 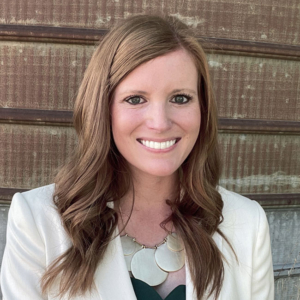 As a Special Agent, Krista examined and analyzed vast amounts of complex financial data from diverse domestic and international sources. She has conducted numerous witness and subject interviews and participated in surveillance, undercover operations, execution of warrants, searches for physical and digital evidence, and seizures of contraband and assets obtained from illicit activities. Her roles also included preparing workpapers and reports to document evidence and identify applicable laws. Krista made prosecution recommendations to the United States Attorney’s Office and to the Department of Justice—Tax Division, assisted in preparing cases for trial, and testified as a Government witness.

From 2016 to 2019, Krista was a member of the planning committee for the Midwest Anti-Money Laundering Conference held at the Federal Reserve Bank in Kansas City, Missouri. She shared responsibility for developing the agenda, securing speakers, and inviting approximately 200 bankers and 30 law enforcement attendees. Krista appeared on multiple panels that discussed the financial crimes task force and co-presented, with an Assistant United States Attorney, an investigation and prosecution on which the two of them worked together.

Prior to becoming a Special Agent, Krista served as an Internal Revenue Agent in the Small Business/Self-Employed Division of the Internal Revenue Service. As a Revenue Agent, she conducted independent examinations and related investigations of Federal Income Tax Returns that covered individual and small business taxpayers. Krista identified issues based on large, unusual, or questionable items which produced significant tax or compliance effect and utilized the facts and appropriate tax law to resolve them. She applied the Internal Revenue Code, regulations, rulings, court decisions, and agency policies and conducted extensive research on legal questions.  Krista interacted with taxpayers, tax attorneys, and Certified Public Accountants and explained the accounting and other issues involved in the applicability of pertinent tax laws and regulations.

Krista has been an active member of the General Federation of Women’s Clubs (GFWC) and the Beverly Shelton Girls Town Club for seven years. GFWC is an international women’s organization dedicated to community improvement by enhancing the lives of others through volunteer service. In June 2020, Krista was elected Treasurer for the 2nd District of GFWC of Missouri.

Most recently, Kyli was the Supervisory Academy Instructor at the National Criminal Investigation Training Academy. She was tasked with developing course material to meet the Strategic Plan and the related Annual Business Plan. As the supervisor for course development at the training center, Kyli created and delivered course material, lesson plans, and practical exercises to basic, advanced, and international law enforcement officials, ensuring the material was up to date with current policies, program requirements, and emerging trends. She developed course material which she later delivered to the Financial Transactions and Reports Analysis Centre of Canada (FINTRAC) and the Canada Department of Revenue. Kyli was a lead instructor at the International Law Enforcement Academy in Budapest, Hungary delivering money laundering and financial investigation courses to attorneys, judges, and law enforcement officials from several different countries.

Kyli led the team that developed the new hiring process for IRS- Criminal Investigation and received the Chief’s Award for leading this effort. She was a member of the Chief’s Advisory Council.

As the Supervisory Special Agent in Austin, Texas, Kyli assigned criminal casework to Special Agents, with consideration given to the difficulty, venue, and requirements of the assignment. She reviewed Special Agent Reports, search and seizure warrant affidavits, operational plans for search and arrest warrants, contingency plans, direct referral prosecution memos, and criminal complaints. She also led a task force consisting of federal and state law enforcement officers from Waco, Irving, Austin and Dallas, Texas, brought together to investigate and prosecute drug trafficking organizations.

As a Special Agent, she successfully conducted administrative and international grand jury investigations with varying levels of complexity, utilizing both direct and indirect methods of proof. She coordinated and led multi-agency efforts to investigate violations of the Internal Revenue Code and other financial crimes. She prepared prosecution reports for the United States Attorney’s Office, and the Department of Justice-Tax Division. Kyli has testified in multiple grand jury proceedings and as a government witness at trial.

Kyli was awarded the Guardian of Justice award by the United States Attorney’s Office, for her work in a criminal investigation and has received numerous performance awards from IRS-Criminal Investigation.

Kyli grew up in Kansas City, Missouri, and looks forward to working in her hometown again and volunteering with the Special Olympics of Kansas.

When fraud is suspected, not knowing the truth is unsettling. The process of investigating financial crime can be overwhelming, frustrating, and exhausting. We help our clients uncover the facts, make sense of the details, and find closure.

Get in Touch
Scroll to top